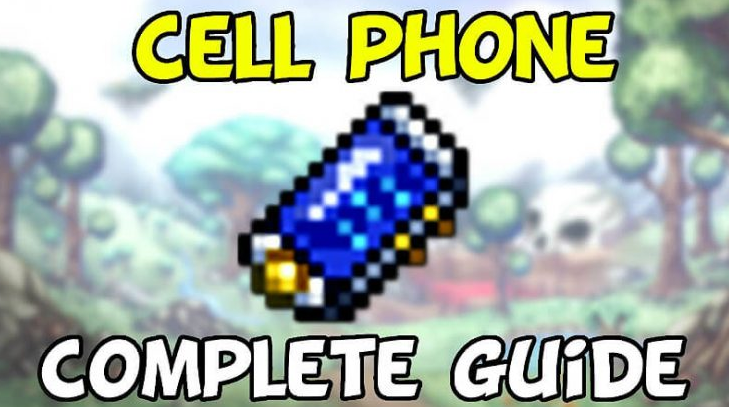 Cell phones one of the most complicated and helpful informational items in Terraria. The cell phone is an informational item and not an accessory. It displays a plethora of helpful information, including fishing info weather: Moon phase, elevation, distance from the center of the world, valuable time items, player speed, current DPS, number of monsters killed, rare is nearby enemy and number of nearby enemies. It can also teleport you home, similar to the magic mirror. Terraria cell phone is perfect for players who want to know all of their stats and their surroundings. But if you are not familiar to terraria mining then here is a guide for you.

Obtaining the Terraria cell phone is a thorny tree of farming and crafting. Many of its components have low drop rates due to their rarity. The order isn’t necessarily important.

The Magic Mirror Or Ice Mirror

You’ll only need one so either take ten gold or ten platinum bars and one chain over to a table and chair to craft your watch. You can also read Terraria Speedrun Guide.

Next, you’ll need to find a depth meter; they can be acquired by killing cave bats, salamander, giant bats, giant Shelley, ice bats, and jungle bats. The last component you’ll need for the GPS is the compass. You can find one of these by killing either salamanders giant Shelley’s crawdad’s mother slimes piranhas, snow flexes, and undead or armored Vikings.

Once you have the watch depth meter and compass, you can combine them at the tinkerer’s workshop to create the GPS.

Three different items are needed for this the fisherman’s pocket guide, the weather radio, and the Sexton. All three items are only available by completing fishing quests from the angler NPC. once you’ve acquired all three, you can head back over to the tinker’s workshop to create the fish finder.

Next, let’s make the goblin tech consisting of three combined items starting with the metal detector, which can be occasionally dropped by killing the rare underground enemy nymph.

GPS Meter And The Stopwatch

You’ll Need The GPS Meter And The Stopwatch in Terraria Cell Phone. Both of which can be purchased from doubling merchants for five gold apiece. Once you found the metal detector and bartered with the traveling merchants, take all three of the items to the tinker’s workshop and combine them into goblin Tech.

Get Your Hands On Radar 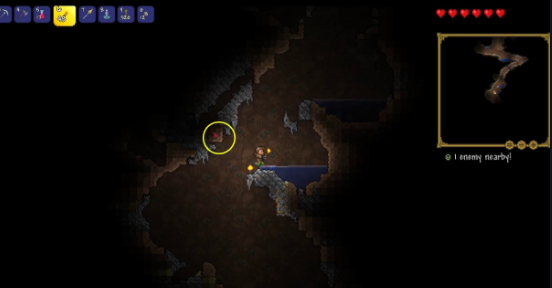 The Rek 3000 is the fourth piece you’ll need to start by speaking with the traveling merchants again, but this time by the life-form analyzer. This will also run you another five-goal then you’ll need to get your hands on the radar.

Radar can be obtained from looting wooden chests that can be on or near the world’s surface. Some worlds will not have spawned any, and the only way to obtain the radar is from wooden crates obtained from fishing.

Beware of its 1% drop rate, and this item can take a while to find like some of the others; once you collect all three, head over to the tinker’s workshop again and combine them into the RDK 3000. Here is the good news that you’re almost there.

Let’s take the GPS Terraria fish finder goblin Tech and the RDK 3000 all over to the tinker’s workshop and combine them all into the PDA.

Finally, let’s take the magic mirror you’ve been using the whole time and then take the PDA over to the Tiger’s workshop for a final time to craft the cellphone.

Now you’ll have all the stats you’ll ever need all in one slot with easy transportation to home when activated. For more on the Terraria cellphone, or if you need a refresher on obtaining any particular item in terraria, make sure you check out the game.