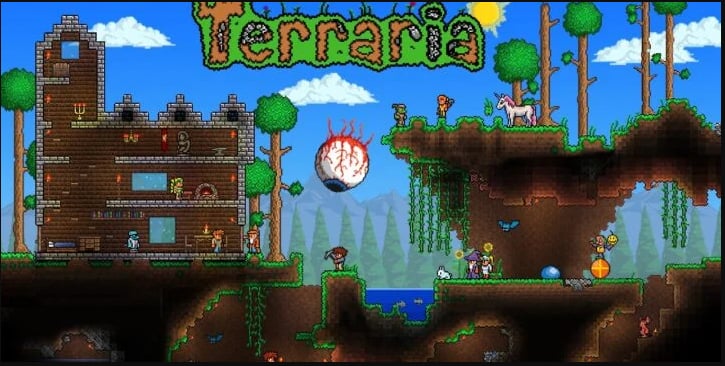 This was initially found on the forums, but all you have to do now just go on Steam on the steam store type in T mod loader, and it will actually be listed as a third-party mod.

Most of the time, these were just reserved for half-life two mods and mods for older games, but terraria’s done it.

And they’ve released the T mod loader kind of semi-officially in partnership with the TM L team is the team mod loader team that makes it. In this article, we learn about how to install mods in terraria:

You can just download it in Steam now; one thing you do need to know, though, before you do this process, you need to own terraria before installing this, so you can’t download your mod loader unless you own terraria.

This also goes for Steam family sharing, so if you’re sharing terraria from someone else’s account or steam library, you need to buy the game if you want to use T mod loader.

You just can’t install mods on Steam unless you own it, even if you share in the game. All you would do is just click install now, and it’s a tiny download.

It’s only 36 MB and it kind of works as a kind of like an unofficial extension or attachment to terraria.
So you just go into the mod browser here.

It loads all the mods loading them from the terraria forum or if it’s from some official tier mod loader server. You’ll see that a few different buttons:

you can kind of filter through which mods you want to show.😃

The Mod That Mostly Used

You can show mods that aren’t installed or dated and sort by the recently updated mods to see which is getting the most support.

You can also type in the search bar, so if you want to type something like a calamity mod is popular, you’re searching for the calamity modular type in calamity.

You could find a few different mods related to that keyword or the calamity mod there. You can click on any mod you want to and view information about it.

This Mod is Japanese but, you just simply click on a mod, and there’s an English translation to the calamity mod, so just click on this.

You can see the Mod’s description if it’s the Mod sometimes’s the original version; it will have more of a description or if the author’s taking time to write it out.

You’ll see this talks about what the calamity mod adds, so 20 new bosses and your event new enemies ores and items different modes of biomes buffs and nerfs to change vanilla and many new cross-content.

How It Looks Into The Process

Basically, it will actually download as a standalone launch option in your Steam library.

It just appears as terraria would, but there are a few added buttons and extensions that you’ll notice if you haven’t used it before.

So you’ll have a different icon; it’ll be a little bit of a different look, and you’re just going to launch, and you can see the process works when you go in the game. There’s actually a convenient little mod browser.

You can also search for all the mods you want and just download them really and easily, so that’s why this software is nice.

There’s also a mod manager as well, so you can disable enable which mods you want and configure certain things; it’s pretty simple and easy to use.

Some people don’t even like playing vanilla on games; they just play mods like people who just haven’t completed any story stuff.

For example, in the Elder Scrolls games, people modernizing the stories, or Minecraft modded the game before defeating the ender dragon.

It gives you a little bit of a description, so click download and this random Mod just to show you how the whole download and install process works for the team art loader, and it doesn’t take a long time to download them because terraria as a game itself are probably just over 100 MB.

It’s a little game, so I’m guessing, or it might be a few hundred, but it’s very small so that the mods would be just a fraction of that downloaded one.

Click go back, it will do a few different processes, and it will initialize and activate all the files that we downloaded.

You can launch the mods, and it will enable them by default. But if you just go into the mods, which is the manager, not the browser, you can see now that they’re automatically enabled.

If you want to disable that Mod, it’s the same for any mod you want to do this with, and the info, which is the question mark, will take us on to the description and the changelog and all the updates just like what the mod browser letters actually do.

It’s probably under 10 buttons or 10 clicks that you can just install a mod depending on what you actually want to install; they made it super easy as a process.

And you’ll see there it shows the files and the capacity of how much memory the mods are taken up, so it says the total of 1.6 gigabytes.

You can look at these things and see how much memory you have installed in mods, so all we would do now is just click reload mods, and you’d do the whole process and patch the game.

If you’re searching for a particular mod, you should be able to find it, and then now, if you see when the load in the game, you have your world and everything is loaded, there are no crashes.

You’re probably wondering like did the installed mods work? There’s no real indication. If the mods are working or activated because there’s no creative mode.

If you play with mods, you’re not going to be able to experience any of the new journeys and content, but in the future, they’ll most likely upload it and update it.

They just wanted to release a version of the team mod loader to release the new update instead of waiting for it.