The jungle is growing restless Plantera the terrifying overgrown monster has awoken equipped with hooks seeds thorn balls and even tentacles there is no way of beating her. In this Terraria Plantera Guide, there are five simple steps to make defeating Plantera is easy as pie.

Check Your Armor And Your Weapons 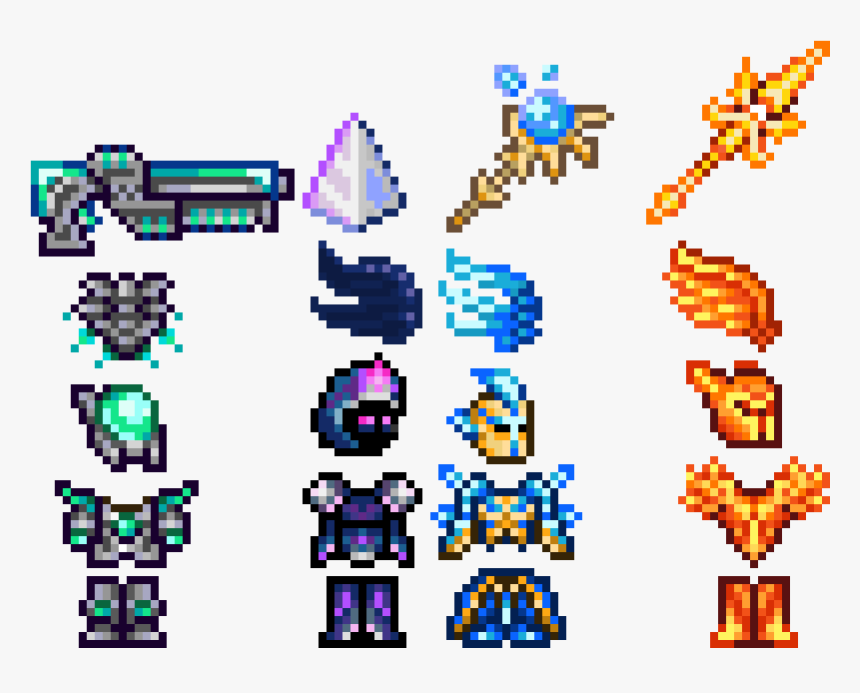 make sure you have the best to your armor in your world whether out of man tighter titanium. Also, more importantly, make sure you’re equipped with a very good ranged weapon.

The old Mega Shark and cursor iCore bullets combo but any other high tier range weapon will do. The fights will take place deep in the underground jungle. Avoid using weapons such as the Daedalus storm bow because your flurries of arrows will never reach Terraria Plantera instead of just breaking on the surface.

Make sure your Terraria weapons can shoot right the way forward just right in a straight line is perfect. After your well equipped that moves us to step two.

After you beat all three of the mechanical bosses a new NPC, the steampunker will move into your world. Make sure you add on a few more rooms to your house for the new hard mode NPCs to move in. especially one for the steampunker since she holds crucial components not only for beating Plantera but for the game itself.

After you expand your house and the steampunker moves in go right on up to her with a pretty good amount of gold and buy two teleporters for two gold and 50 silver each. So a total of five gold after you’ve secured the two teleporters go on up to your mechanic and buy a whole boatload of wire a red wrench and a wire cutter.

Make sure to grab two levers while you’re at it; you’ll need all these components for making your arena in the future. After you get your situation with the mechanic and a steampunker all squared away, that’s going to lead us to step three.

Plantaris bulb is located in the underground jungle and just a quick note before you go traversing through there to find this thing. These teams can be very hard to find right off the bat. Still, the cool thing about them is that more of them spawn over time, specifically after approximately half a day.

If you can’t find plant Taras bulbs immediately in your world after beating those mechanical bosses gives some time. Make some much-needed repairs on your house maybe do some grinding and some more gold or platinum. Finally found a bulb now that we’ve found the bulb that’s going to lead us to step four.

You’re going to want to make a long arena not super long but long enough to where you’ll have four to six seconds of running Plantera before she gets too close to you on the other side. As you may have assumed, the trick behind this is the teleporters once you’re done carving out your arena you’ll want to make a small box.

You’re going to want to send a wire from one teleporter to another and connect each teleporter with their corresponding levers. Make sure to give it a quick test you can teleport back and forth between the two destinations.

You’ll want to make sure this thing’s working before you summon the big boss Plantera. Also, make sure to slap a bonfire around each point just for a quick buff it is really helpful after a while.

Go ahead and drink up all your buff potions break plane tears bulb and head over to one of your teleporters Plantera comes in from off-screen, so she takes a little bit to head in your direction, but eventually, she will show up.

If you haven’t guessed already the strategy is to keep running until she gets very close and then quickly around and start shooting some more.

After bringing her down to half health, she will break into her second form, becoming a lot more monstrous physically and regarding her power. She’ll be much stronger and faster, so be sure to stay on top of teleporting on time.

Teleport if you feel nervous about it and you should have no problem at all keep on teleporting back and forth and to and fro and sure enough bask in your glory because you have single-handedly defeated Plantera.

In this guide, we give some steps to defeat Plantera because there are many bosses in Terraria with a new one occasionally being added with an update. Plantera is the hardest boss, so some practical steps that make your game easy.