A few rules are defined over this, excludes fishing and rare enemy achievements as they’re technically not very hard. Terraria Achievement Guide isn’t based on facts or statistics or anything. These are just achievements to get in terraria.

As tedious as it is to fish or quest fish 200 times, it’s not difficult same goes for a rare enemy. It’s hard to find them, but killing the enemy usually is not that hard, so these achievements will be excluded. In this article, we will be discussing these achievements in normal difficulty and a single-player environment.

Mecca Mayhem (Defeat All Three Mechanical Bosses At Once)

it sounds simple; you have to fight three early hard mode bosses at once and win. This one is so low because you can do it at any time during the hard mode, meaning you could obtain end game loot before completing it. Generally, good loot is locked behind bosses making said bosses harder to defeat with ease.

Out Of The Water (Defeat Duke Fishron)

one of the most difficult bosses in the game, duke fish fun puts the player’s mobility to the test. You need to be able to dodge his attacks well because he hits like a truck. luckily, once you learn how to react to certain attacks, he’s not so bad he has high health, high attack power, and high defense, not to mention the stats are raised even higher in his enraged form.

The empress of light is quite the challenge; for some strange reason, the game seems to consider the impressive light to be a boss you should defeat after plane terra and before golem. If you thought duke fisher tested your mobility get a load of this. This boss has several attacks that absolutely fill your screen with damaging blasts of light. She has high stats similar to those of an enraged duke fishron, but her attacks are much more of a problem to dodge, making it really easy to take too much damage.

A night full of absolute chaos, there are powerful enemies everywhere during the pumpkin moon, not to mention the two mini-bosses morning wood and pump gang.

One of the most stressful parts of Terraria achievement is that you only have until 4:30 am to reach the 15th wave and long respawn times. You can’t afford to be constantly dying, or you won’t even come close. You only have 9 real-world minutes to get through this event, and it’s easy to get overwhelmed in the later rounds.

Imagine the pumpkin moon, but even harder, that’s what you’ve got here. Like the pumpkin moon, you have 9 real-world minutes to get through 15 waves of the event. There are even stronger enemies everywhere, and this time three mini-bosses. Ever scream Santa and k1 and ice queen; luckily, you don’t need to get to waves 16 to 20 for the Terraria achievement since that’s where things get crazy there’s not much to say besides this being a more difficult pumpkin moon. 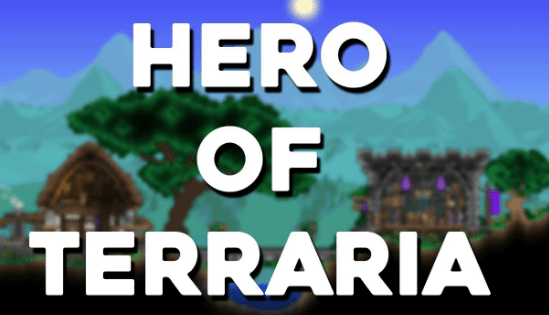 The old one’s army is fairly easy at first, but once you get to the tier three difficulty, you’re in for a challenge. It would help if you defended the Eternia crystal from enemies approaching from portals on the left and right sides, with occasional mini-bosses making appearances as well.

The dark mage is weak, and the ogre can act as a distraction for a little bit. But the real challenge is with Betsy during the final round. This large dragon has high attack power, damage, and defense, and it’s going for that crystal. While you’re busy trying to fend off Betsy, you’ll have all the other regular enemies damaging the crystal if you’re not careful since sentries won’t be enough to hold them back. 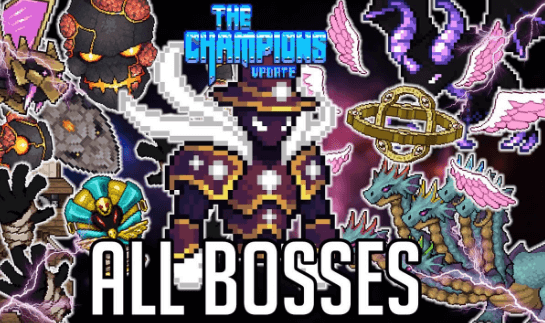 moon lord is the hardest boss in the game, understandable considering it’s the final boss. Many powerful are hard to dodge attacks large amounts of health and no escape from it. The early part of the fight can take ages, considering three separate parts you have to damage.

The moon lord can cover these up and hide them, forcing you to endure even more of the onslaught before even having another chance to deal damage yourself need a second to get away and heal up. Don’t bother; you can’t get this guy off you.

Terraria Pickaxe Tiers – Tiers That You Would Never Miss

Terraria Leveled Mod – One Of The Best MOD to Experience