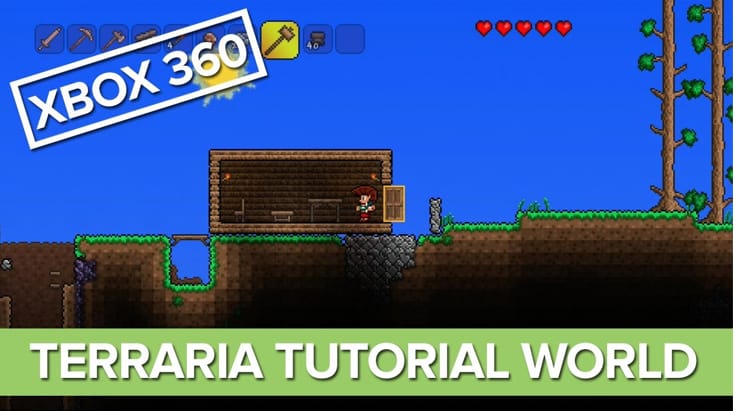 This game takes us back to the early days of survival Sandboxes. Although Terraria originally hit Xbox 360 One back in November of 2014, the upcoming 1.3 version will update it once more to equal its PC counterpart.

Version 1.3 boasts some amazing improvements to the game’s UI and many new weapons to wield, trinkets to discover, and bosses to battle. So if you haven’t already, now is the perfect time to dive into Terraria.

Here are five tips to get you started.😀

There are many different items to find a craft within Terraria, but you want to search out three specific items to ensure the best survival chance when you’re just starting.

Each of these items can be found underground in dungeons or random chests.

Terraria offers two different types of speed boots, the Hermes Boots and the Flurry Boots. And with the 1.3 patches, they’ll introduce a third called the Sailfish Boots.

These boots offer incredible speed, which can help you escape enemies and traverse the land at a quicker pace; plus, these boots are the first material needed to craft the Frostspark Boots.

This item is essential for any Terraria player. The Magic Mirror will allow you to teleport directly to your set spawn point, which will save you time, as well as a dangerous trip home in the dark chased by enemies threatening to rob you of all the goodies you spent the entire day collecting.

This item gives you the ability to double jump. Although this is very useful for jumping up terrain, its primary use is to prevent fall damage.

There many deep caves in Terraria, and they can lead to some accidental deaths if you’re not careful. If you’ve got Cloud in a Bottle, you can jump last minute to avoid that fall damage.

There’re so many things you can collect in Terraria. So after you finish up on a mining excursion, you may find yourself overwhelmed by the cluttered mess of an inventory.

One way to avoid this problem is to take some time to organize your current chest setup and move them closer together.

Then when you want to drop off your spoils, all you need to do is navigate down to the Quick Stack option.

So the more chest you have nearby, the more items will be sorted at one time.

One crucial part of Terraria is the necessity for room and board. With over 20 helpful NPCs willing to move in with you if given a chance, you’ll need to ensure that your shelter has the space to accommodate each of them.

NPCs can act like merchants, they can offer specific items, and some can even offer to reforge and healing abilities.

NPC housing is easy to make. Just build a decent-sized room, fill it with a background tile, add a table, a chair, and a torch, then voila! You’ve got a room fit for any NPC.

When you’re near the midway point of the game, you’ll find yourself needing to visit The Underworld more and more. However, getting there isn’t easy if you don’t have a direct path.

To make this journey easier and faster is to create a pit straight down because what’s faster than falling? Though fall damage exists, there’s an assortment of ways to break your fall versus your legs.

One of these is the Cloud in a Bottle we mentioned earlier; use it to double-cap before you hit bottom.

With all the hazardous enemies in The Underworld, you may find yourself dying down here quite a bit, so this will help you get back to your dropped items before they disappear.

In Terraria, there are many random events like blood moons, invasions, or even boss attacks. It’s smart to build an arena to avoid this best, a good distance from your house.

This is where you can camp out and hopefully survive during one of these random events.

Building it off the ground is a must as it limits your enemies to those that can fly or use ranged attacks.

A good addition would be a campfire for regeneration buff, plus you can double that buff by adding a heart lantern near the fire as well.

Later in the game, you can add heart statues. Now, these may seem cosmetic. But if powered by red wire and connected to a pressure plate, these statues will drop hearts that heal you when you run over that plate.

Though Terraria seems like a simple Sandbox survival game, it’s actually a rich world where nearly everything you collect can be used by itself or crafting something else.

Terraria is for the explorers, the looters, the collections, the completionists, the home builders, the raiders, and the fighters.

It’s a massive game that appeals to almost every type of gamer. You’ll be busy for hours with all the customization and content, especially with the upcoming 1.3 updates.

So, get ready to spelunking craft your way through this world. Just be careful where you kill those voodoo demons.